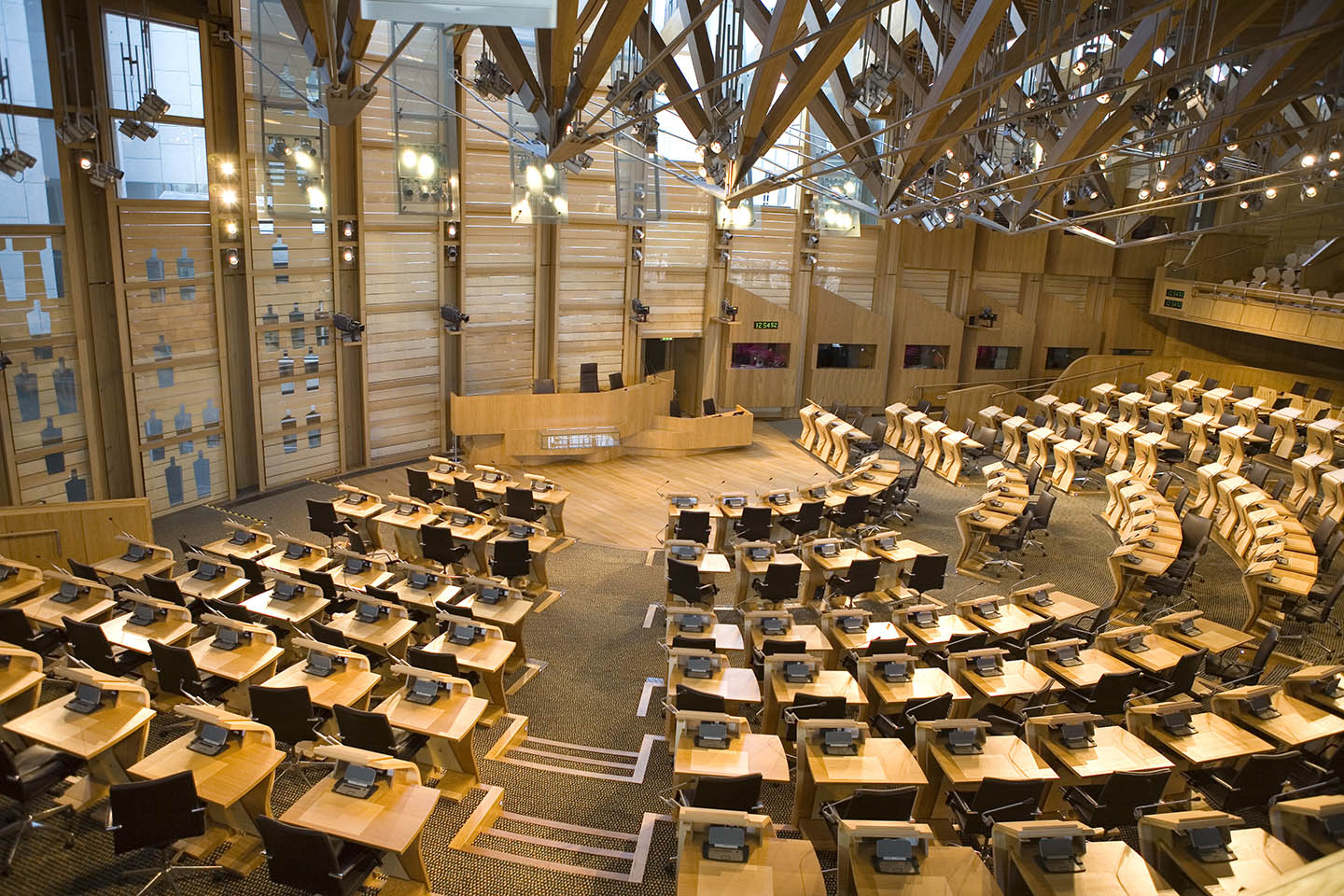 Well, a slight exaggeration. We were lucky enough to be in his company and hear him talk about his life and photography. As part of the Festival of Politics 2016, The Scottish Parliament is holding an exhibition of Harry Benson’s images – Harry Benson: Seeing America. To start the exhibition he gave a one-off talk to discuss his life and photographs. Fearless Creative was there.

The free exhibition included some of the photographer’s most iconic shots including the Kennedy’s, the Clinton’s, the Reagan’s and many other memorable moments in USA’s political and cultural history over the last 50 years.

Born in Glasgow in 1929, he moved to London to find work and soon found himself on an assignment to follow an unknown band called The Beatles whilst they were on tour in America. Although reluctant to go (deeming the assignment not worthy) this decision changed his life forever and one his most recognisable images shows the band having a pillow fight in a hotel room.

One of his most chilling memories was being feet away from Robert Kennedy when he was shot in the hotel kitchen. His photograph of Robert’s wife, Ethel, who pregnant with their 11th child at the time, shooing away people so her husband could get some air is particularly powerful. He was heavily criticised for taking the shot, but doesn’t regret it and is indeed, still friends with Ethel Kennedy to this day.

A photograph is all about that moment, the moment that you capture that will never happen again

Throughout his long career he has photographed every US president since Dwight D. Eisenhower. At Martin Luther King’s funeral he took a shot of his grieving family which Coretta Scott King called him to say was her favourite photograph.

His famous photograph of the Reagan’s dancing allegedly saved the magazine Vanity Fair. Having money troubles, Vanity Fair was due to close for business but when they published the Reagan’s infamous dancing image copies were flying off the stands.

Fearless Creative is a lover of photography so this exhibition and talk with Harry Benson was really special. Harry appeared very down to earth about his talent and the adventures his life has brought him. Some might say he was in the right place at the right time but we think to have had a career that has spanned so many years and taken so many special photographs, means he is truly gifted. He seems to bring out the best in his subjects and makes them feel at ease so that they can show their true emotion. He is one of the best!